After the foundation was poured and the crawl space slushed, the foundation was ready for the framing to start on top of it. We knew that the framing would be dramatic, moving quite quickly. The first day, I came home from work to see that the entire first floor was installed, and two walls were already up. By the second day, both all the first floor walls were complete and the carpenters were already working on the second story. Their approach was to build out the new area of the addition and move over the back of the house. They saved the front dormers until last. 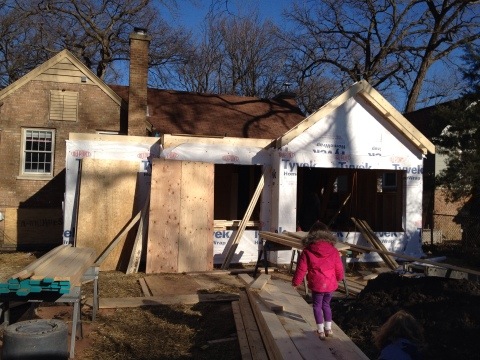 The second story took a few more days to take shape. A temporary door at the top of the second floor bedroom was installed and the third bedroom was ready for the demolition required for the access to the rear of the house. 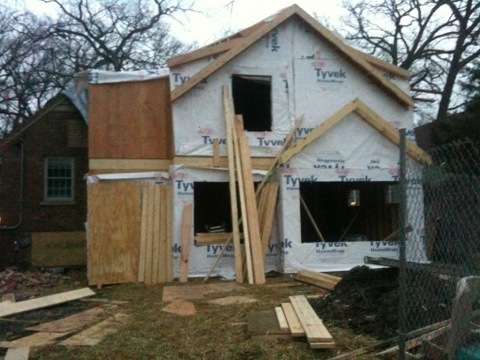 We had now reached a decision point that our contractor had told us about when we signed our contract, the space between the new master bedroom and the old third bedroom was occupied by rafters from the original roof. The original plan was to remove just enough rafters to make a hallway and small utility closet for the furnace. But depending on the layout, the carpenters were going to see if they could install a beam above ceiling height that would allow support for the roof top and the back of the house, allowing us to claim all the space between the two rooms. This amounted to about a 5′ by 15′ area that could be used to enlarge the bedrooms or provide closets. It turned out that they were able to do this for a very reasonable amount of money, so we decided to go forward with that change.

Here you can see what the beam did to the interior space of the old third bedroom. It provided almost a foot of extra headroom, and removed the clipped ceiling from the south side of the room. 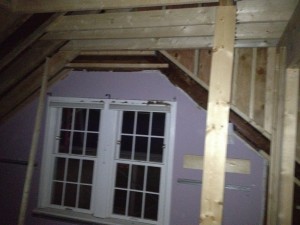 Here you can see the temporary support for the laminated beam.  At the time the photo was taken, the beam was not supported down to the foundation so it was supported temporarily for a few weeks until lumber could be dropped through the house walls to provide enough permanent support. 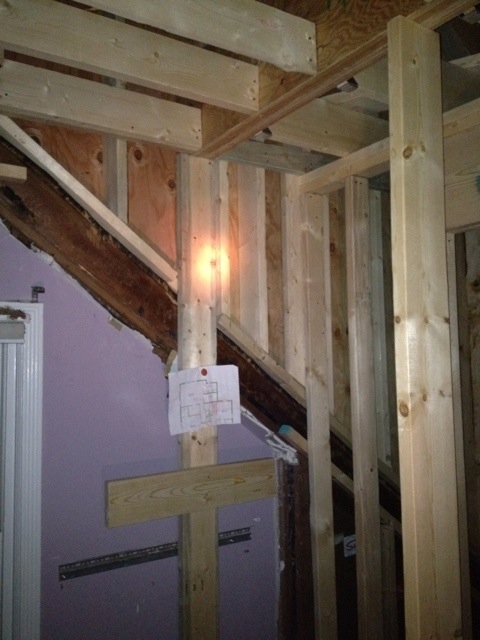 Beyond the photo is a five foot deep area for closet space. We elected to divide the space into three closets. The one on the west side of the hallway is a utility closet for the furnace. It has some extra space and room for attic access. The other area to the east of the hallway was divided into two walk in closets, a smaller one for the third bedroom and a larger one for the master. This allows the master to have two walk in closets.

On the exterior, the roofline was raised by about 4′.  The original roof was quite a large slope with nothing to interrupt it and we were concerned about raising the roofline without any other modifications to the front of the house. 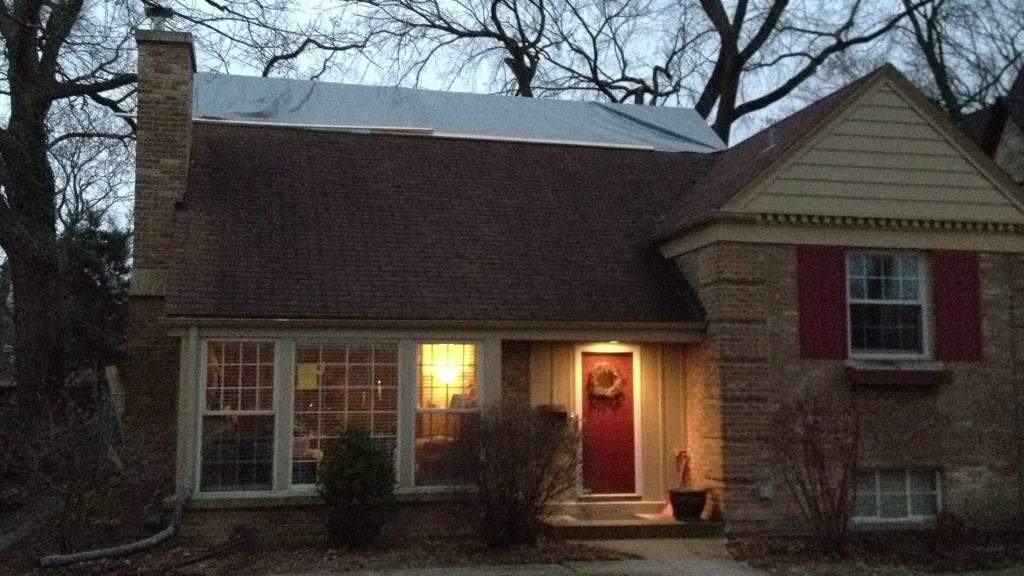 The last part to be framed was the dormers for the front of the house, which interrupted the large patch of roof that resulted from the roofline change. 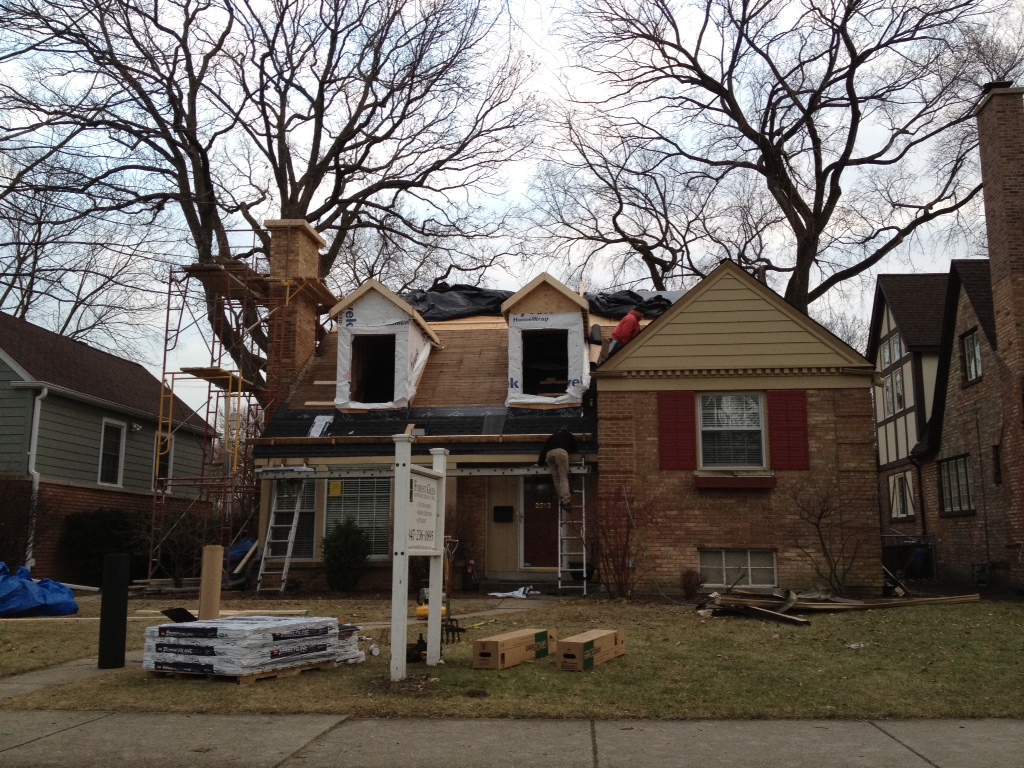